We have reached ‘peak middle-age.’ This evening, LSB disappears next door to retrieve a parcel. He returns looking all merry and pleased with himself.

‘What’s that you have?’ I enquire. I am helping a child to write an imaginative paragraph with predominant ‘ee’ sounds, while trying to remove a stubborn stain from a shirt collar. I’m in poor humour.

‘You’ll probably think it’s a bit sad really,’ he says, BEAMING as he snips through the sello- tape with a pair of nail scissors, but it’s a SMART thermostat, so we can control our heating!’

‘We can even ask Alexa to turn it on and off for us!’

‘Ultimately it will reduce our gas bills!’ he adds. I haven’t seen him so excited in quite some time.

‘Are there not just basic timers to do that?’ I ask, which is a cheek really, because I have never, despite having reached the age of 40, successfully used a central heating timer.

He bats away this notion, and continues to futter about with his new appliance.

I retreat downstairs with a pile of marking.

Later, as further evidence of the rubbish week I’ve been having, the cat emerges from outside and chooses my exact spot on the sofa to ensconce herself and start licking her bottom. Should anyone ever tell you that cats are clean animals, refute it. I have pictures to prove it. I had been about to park myself, with my filet of microwaved salmon, rice and broccoli florets, beside my Frida Kahlo cushion.

‘Scarper,’ I tell her, and she hops off before sitting down and narrowing her eyes, with her most disgruntled expression.

As if our evening can’t be any less satisfactory, it deteriorates further.

LSB and I have reached a drought with our viewing. We’re up to date on Spiral, have finished Mind Hunter and last week we saw the last episode of Unbelievable, which was, tragically, only a ‘limited series’. I am feeling the loss of this programme acutely. I would like Toni Colette to please come to Belfast and be my friend; and I loved the brooding intensity and complicated relationship with the Almighty conveyed by Merritt Wever. In a different life, I think, I too could have been a Detective.

I sit down hoping that Himself has been ‘on to this’ and discovered a new series with which I shall fall instantly in love and can thus, for at least an hour a night, ignore all other obligations. But he hasn’t, and his negligence irks me. We have jobs in our house: mine revolve around laundry and food, while he takes charge of anything techy (see above) and ensuring bills are paid so they don’t cut off the electricity while I’m engrossed in my shows. He is also in charge of finding programmes and lining them up for my viewing pleasure. It depresses me how traditional we are but if he washes anything it either come out blue or doll-sized, and I would rather not subsist on ready-meals from Sainsburys. (How I wish I were exaggerating for effect here).

‘Should we,’ I say, (because I can’t be arsed swiping about with Netflix), watch something on terrestrial television?’

LSB feels my forehead. ‘You must be feeling bad,’ he says.

‘Just get on with it,’ I say, as I do when he’s feeling amorous.

As he flicks through the channels I spy Paul O’Grady’s ‘For the Love of Dogs’. My spirits lift.

I know, don’t judge me. I felt a rush of nostalgia, because in those carefree, halcyon days pre-children, we used to hike in the Mournes of a Sunday, and on the drive home listen to Paul O’Grady on Radio 2. Week after week he read out missives from listeners in need of consolation, after Dickie the Dachshund or Cedric the Schnauzer had passed away. Sometimes,  I‘d shed a tear.

‘What a find!’ I thought to myself. Paul was looking ever so smart in a woolen coat, and first to feature on the show was Ruby, a 9 month old stray terrier, and mother to three pups. Despite being a mere adolescent herself she was coping admirably. How we oohed and ahh-ed. But then it took a sudden downward turn. The Battersea dog wardens arrived with Penny, a lurcher cross who had been dumped in a skip, with the sort of virulent skin complaint one might expect, had a skip been your domicile for the last month. It wasn’t palatable viewing, and there were several, what I felt to be unnecessary close-ups.

‘Just watch what you like,’ I said, in a weary tone.

Well, I could almost feel the glee radiating off Himself. ‘Really?’ he says: ‘Can I watch the Star Wars thing?’

I think it was the lowest part of my day: enduring the spectacle of grown men in ridiculous helmets capering about in the snow. There was an aardvark playing a recorder and communicating in chirrupy noises. For a Disney production I thought the special effects were shoddy: there was a robot that was motoring around that was basically a bin on wheels.

He looks aghast at my ignorance. ‘Legendary warriors fighting against the Jedi! They can kill with their bare hands and were trained by Boba Fett.’

I look blanker than I did about the new heating timer.

‘See him?’ He says, pointing to a tall fellow wearing full body armour and a visor. That’s Javier Pēna (Pedro Pascal) from Narcos.

‘Step up you mean,’ he replies, shaking his head. ‘This is a spin-off from Star Wars; he’ll be minted!’

He’s found his happy place: like Fiona Paisley in the Maldives, only we’re not lying on sunbeds feasting on mango and lycees with a waiter on standby offering  rum cocktails.

The only plus side of having a Wednesday this shite is that the rest of the week can only improve. Keep everything crossed folks- I’m relying on the good vibes to see me through. 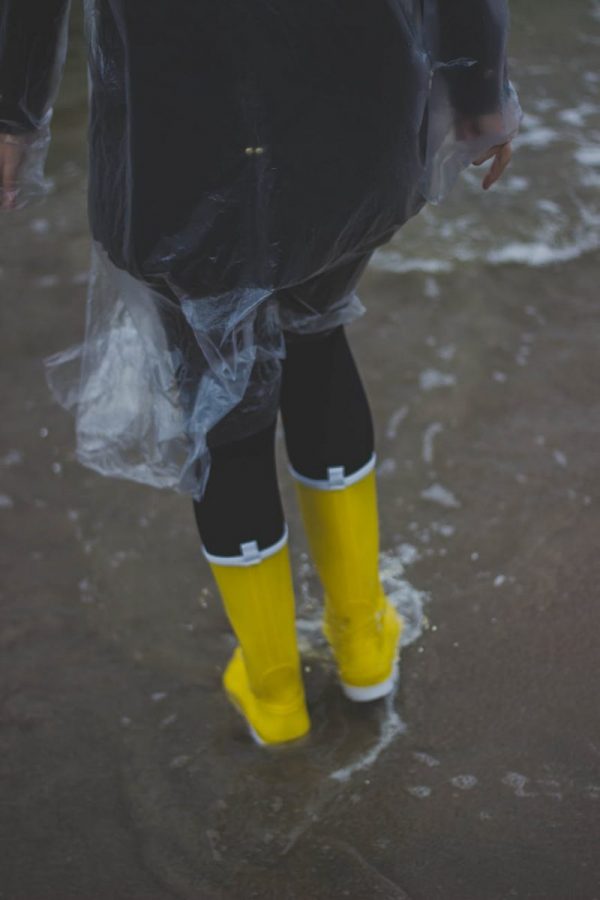