Meet Geoffrey. He’s not at his best, bless him. I’ve only managed to get him thus upright by jamming his neck through the door handle. His legs have been so twisted and bent by children clambering astride him that he is unable to stand unaided. Not so much as a tuft of mane remains, after the scissor happy small child got carried away. ‘It was just a trim Mummy!’ Aye right, scalped, he was. A few of their little friends came to play one day and set about him with a selection of coloured stampers, so for a while there he boasted rainbow splodges. (I think he’s had enough juice spilled over him since to wash most of them off.) LSB said he felt sorry for him in August, stuck up here in the foothills of the Castlereagh Hills instead of down the town partying at gay pride. He pulled the short straw alright, did Geoffrey, landing here. I bought him on a whim years ago for the kids when I saw him in a shop in Newcastle. It was a devil of a job getting him up the road, I almost had to shove his neck out the window of the Corsa. It was another challenge trying to hide him too; I swear it would have been easier trying to secrete a corpse. But if your home is sadly lacking in the almost life-sized stuffed animal department, fear not and take a trip to Malahide and bag yourself a Geoffrey in Robyn’s Nest. I was most taken with this boutique toy and gift shop. There was a distinct lack of plastic shit and plenty on which to feast the eye.  My children were almost stunned into silence with the treasures they beheld.  Agog, they were, when I said them they could choose a small treat each.  The wee one’s a canny wee article though, as upon spying a polar bear boasting a scarlet scarf she enquired if she could have ‘a medium-sized treat.’ I nodded and it was duly wrapped in red tissue paper and placed in a beautiful bag. I think she almost went a full forty-five minutes without complaining after that. (They’re desperately hard done by, my two: my dad nearly took his end in the newsagent’s in Ballyholme one day when the older child asked him solemnly, ‘Can we look at the magazines that we’re never allowed to buy?’ I think he bought them one each to make up for my parsimony). Another item they stocked in Robyn’s Nest and which tickled me no end, were ‘Lottie Dolls.’ Have you heard of these? No, I hadn’t neither. They’re the antithesis of Barbie and Bratz dolls with their make-up and improbable figures. They all have a wee back-story, like working in animal shelters and rescuing orphaned kittens, or volunteering in Cambodia, or moving to Chile to go rooting for fossils. All very virtuous and cute. ‘Would you like one of those dear?’ asked the lovely Linda, who was trying to enjoy her mid-morning cup of tea when we landed in on her. She passed the older child the doll with the cochlear ear transplants, which she looked at with polite disdain before dandering off to choose a small stuffed monkey instead. (Well, we had been to the zoo the day before,  thus animals were the order of the day.) So it’s a bit of a traipse all right, and your local Smyth’s is doubtless handier; but for an edifying experience and a bit of craic with the proprietor, I couldn’t recommend this place enough. They do absolutely splendid cards too: I do love a bit of mischief. (In no way was any of this sponsored by Robyn’s Nest. Given the traffic to my blog I’d probably have to pay them sponsorship.) 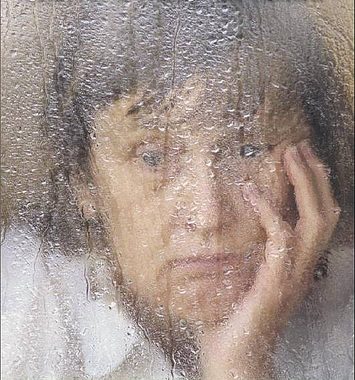