Did you know that the Latin word for the grey squirrel is ‘Sciurus carolinensis‘? Seems to sum them up quite nicely, if you ask me, for they are a bit of a scourge, monopolising the bird feeders and terrorising the red variety. The wee red ones are scarcer to spot than a piece of good news at the moment.  Their numbers have diminished to such an extent that there’s only about six of them in NI at the moment and your might have to traipse Mount Stewart or Ballycastle for the privilege. Anyway, I digress. Basically I’m trying to make myself feel better because thanks to Miss Tilly though, we may be down at least one grey squirrel in the Ormeau area.

We had an incident two weeks ago in Cherryvale, to which we now refer as ‘Squirrel-gate’.  It was one of those balmy evenings, when the air is bathed in a hazy autumnal glow, with the sun slanting through the trees. The older one was playing football with her new wee club, so LSB and I were taking a walk with the dog, watching as the Small Child climbed trees like the nimble little monkey that she is. It was reminiscent of that scene at the end of Jerry Maguire, when the wee lad lobs a ball back at the bigger boys playing baseball and Tom and Renee smile beatifically at each other at the perfection of the moment. That was us, looking like a pair of gormless twats, to be fair.

Tilly was springing around the trees while the squirrels frolicked, and I’m sure I saw one of them give her the finger as it scampered around, leaping from branch to branch. ‘You can’t catch me,’ it said.

‘No,’ said Tilly, ‘but I might get your mate over there.’

One particular squirrel, who was either a dare devil in extremis or dopey as f**k, took a notion of racing straight across the grass, without a tree in leaping distance. Beside herself with joy, Tilly pounced. She caught it, of course she did: not a bother to her at all. A small crowd gathered. Mostly children. It’s not every evening that they watch a dog shake a squirrel like a ragtag chew toy. The squirrel wasn’t the better for the experience. Interestingly, we noted, when LSB had persuaded Tilly to drop it, there were no puncture marks, so she hadn’t sunk the teeth in,  just shook it vigorously, as one would a French Martini cocktail.  (The Tom Cruise theme continues). A chap came to its rescue and lifting it by its scruff, he set it on the bough of a tree. It managed to cling on but was too paralysed with fear to make much of an attempt to climb up. Opinions on the fate of the squirrel differed amidst the crowd. ‘It is the cycle of life,’ opined a Spanish gentleman, shrugging in the expressive way that people from Continental Europe are wont to do.

A small boy seemed to be crying, but on closer inspection (or as close as I dared to go, given the times), he was actually laughing… hysterically. (Note to self, we might have to keep an eye on that one)

One mum said, ‘Great, far too many of those grey rodents about anyway.’ I liked her. A few others reserved judgement but I think they may have been on the side of the squirrel. Opinions differ on the subject, as this little article from The Guardian demonstrates.

However, had we been at a park reserved for dog walkers, I’m not sure the event would have attracted the same attention. I imagine, with the dog walkers I’ve met at Stormont anyway, there would have been a quiet acceptance that this is the sort of craic that goes down. Anyway, it’s just another reason to petition the council for a  dog park, lest any child or adult was traumatised by the events a fortnight ago.

(I feel I ought to have it noted, lest I am assailed by complaints, that Tilly is a whippet, crossed with a greyhound. We simply refer to her as the latter, since the other is a bit of a mouthful. She is not therefore by law, obligated to wear a muzzle, which would obviously stop her from catching prey. She also seems to be able to differentiate between squirrels and small spindly dogs like chihuahuas, which IMHO, don’t look unlike rodents.) 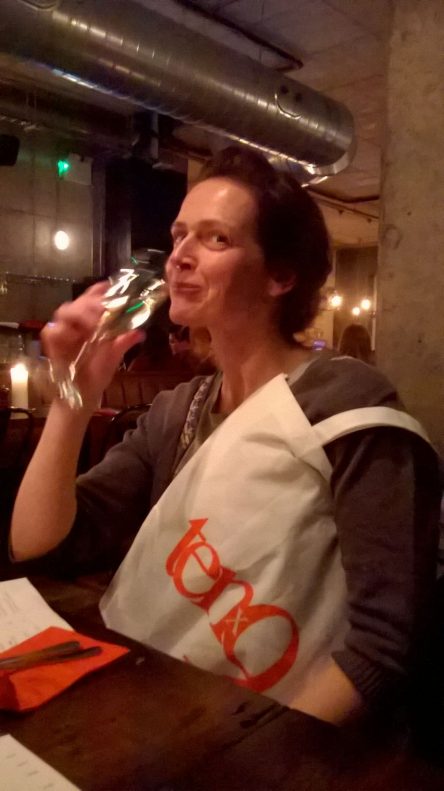